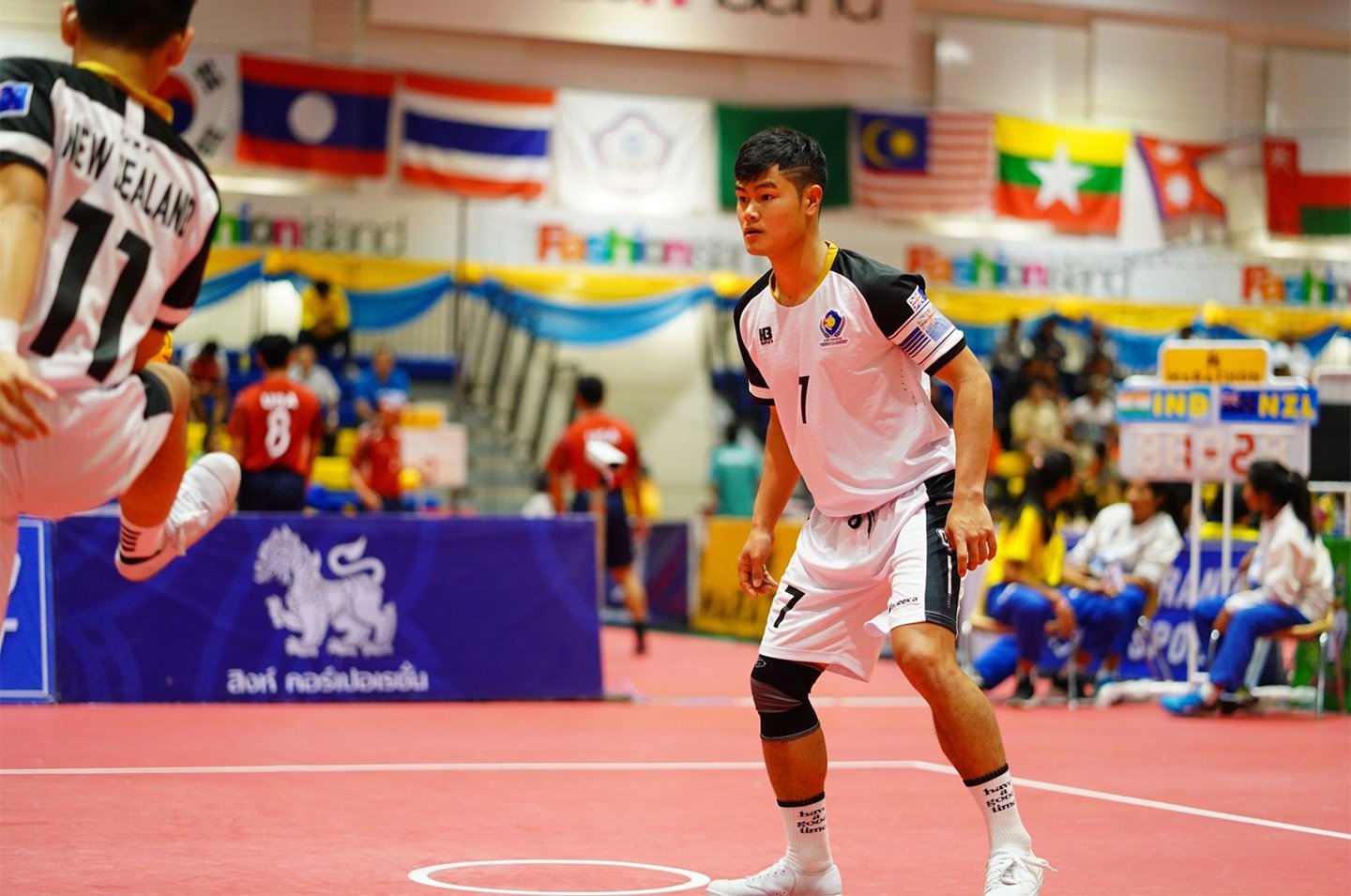 It’s September 2019, and we’re at the 34th King’s Cup in Bangkok. The game? Sepak takraw, an explosive form of kick volleyball that’s wildly popular throughout Asia. Eh Myo Oo and his team are representing New Zealand, and facing off against Iran. The ball pops back and forth across the net as the teams vie for control. Suddenly, Myo sees his opening, and leaps up, almost somersaulting in the air as he smashes it down on Iran’s side of the court. He scores!

Just a few years ago, Eh Myo Oo was living in Umpiem Mai, a shelter for displaced persons in Thailand located just a few kilometres from the border of Thailand and Myanmar. The shelter is populated by the Karen, a people from Myanmar who are fleeing war and persecution in their homeland. A generation of Karen people like Eh Myo Oo have grown up in the camps due to the length of the conflict.

Life in the shelter is hard. NGOs make sure most of the population are fed regularly, but schooling and recreation are hard to come by. It’s nearly impossible to leave the camps to go anywhere else in Thailand. Inhabitants are almost completely isolated from the outside world.

Myo had loved sports from a young age, especially takraw. He was fascinated by its mix of dynamism, athleticism, and energy. But getting the equipment and coaching he needed was difficult in the camps. He was often forced to play takraw with his friends using an old, beaten up ball that was broken. Thailand is full of ardent fans of takraw and coaches who teach it, but Myo couldn’t leave the camp to go meet with any of them. Without the opportunity to practice his skills under the guidance of a coach, and without the equipment to practice properly, it seemed his interest in sports was a dead end.

“Living in Umpiem Mai was not easy for me. It was difficult to go out of the camp to play sports and to experience the outside world."

“Living in Umpiem Mai was not easy for me. It was difficult to go out of the camp to play sports and to experience the outside world. It was also difficult to find a professional trainer that I could learn from and there was not enough equipment to practice. Sometimes I had to use a broken takraw ball to play and to practice.” 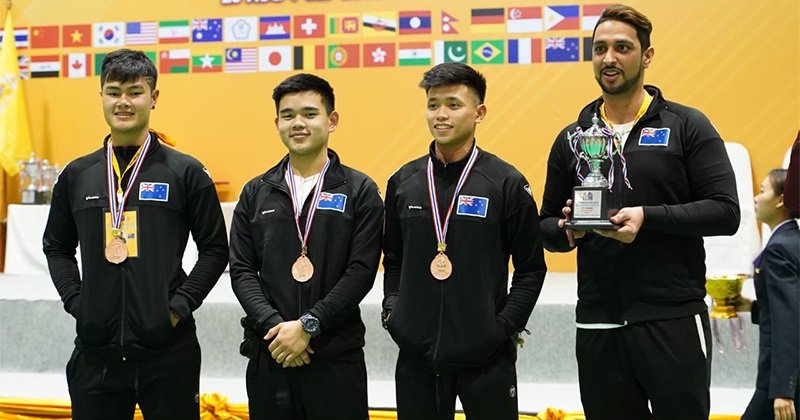 In 2012, when he was 17, Myo became involved with Right To Play. Right To Play works in seven of the nine shelters in Umpiem Mai providing essential education, including sports and physical education, to children and youth. By joining the Right To Play program, Myo came in contact with coaches who helped him develop his skills. The coaches let him borrow takraw balls when they weren’t in use in programs so he could practice his skills. Soon, it became apparent that he wasn’t just good at takraw, but that he had the potential to be a star.

“Right to Play gave me the chance to participate in competitions outside Umpiem Mai, to be exposed to the outside world, to gain new experiences, and associate with new friends outside the shelter during the Friendship Games,” Myo says.

More than 93,000 people are displaced and living in shelters in Thailand. Half are under 18. Umpiem Mai, where Eh Myo Oo grew up, is home to over 12,000 displaced people.

One of the social highlights of the year for children is the Friendship Games, which is organized by Right To Play. Youth from the Umpiem Mai and Nu Po shelters gather at a local high school and spend the day playing together. The games promote social harmony and a sense of community between the shelters. They’re also one of the rare times the children are allowed to leave them.

The Friendship Games include a friendly sepak takraw tournament, and in 2012, Myo was one of the youth chosen to represent Umpiem Mai. He was a star of the tournament. He came home, and stayed involved with Right To Play, training other youth in takraw. In 2013, at the next Friendship Games, he did even better. 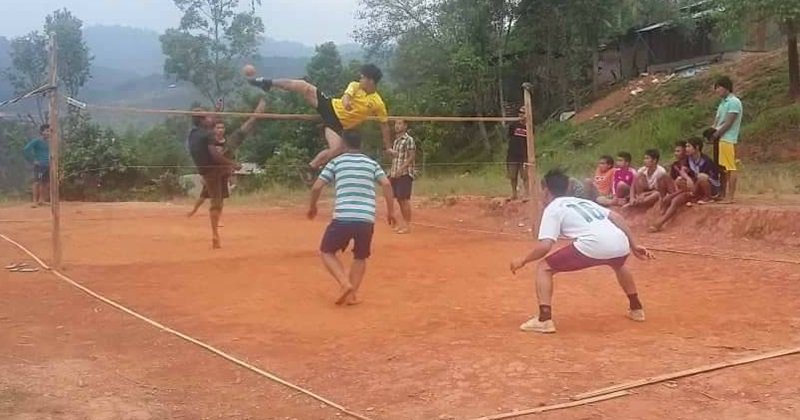 A photo from Eh Myo Oo playing in the Friendship Games, organized by Right To Play
Help empower young refugees through play

In 2016, Eh Myo Oo was resettled in New Zealand as a refugee. The resettlement program trained him as a carpenter, but he discovered that New Zealand had a takraw team, and he tried out for it. He made the team easily, becoming one of the strikers. Joining the team gave him the opportunity to make new friends, which eased the loneliness caused by his move away from his family and friends. Fortunately, most of the players on the New Zealand team were Karen, just like him, and it was easy to bond over their shared experiences growing up in the shelters in Thailand.

“Living in New Zealand is different from Umpiem Mai because I don’t have to worry about access to food, there is freedom of movement and transportation, and the opportunity to be exposed to new things,” he says.

In 2017, Myo and the New Zealand team competed in the King’s Cup, the biggest takraw tournament in the world, where teams from 35 countries play against each other in Thailand, the world centre for takraw. Coming back to Thailand for the first time in 2017, he was returning not just as a refugee coming home, but as a sports star.

Each time he was in Thailand after that, he would make the long journey home to visit his family and childhood friends, catch up with them, and share stories about his life in New Zealand. Because of those return trips. Eh Myo Oo was able to stay involved with Right To Play as well. Whenever he returns for the King’s Cup, he takes a trip out to Umpiem Mai to help run training sessions for young players who want to follow in his footsteps.

Myo has big dreams. He is applying to have the New Zealand government recognize and fund their national takraw team, and he is advocating for the Olympics to include sepak takraw as a sport. 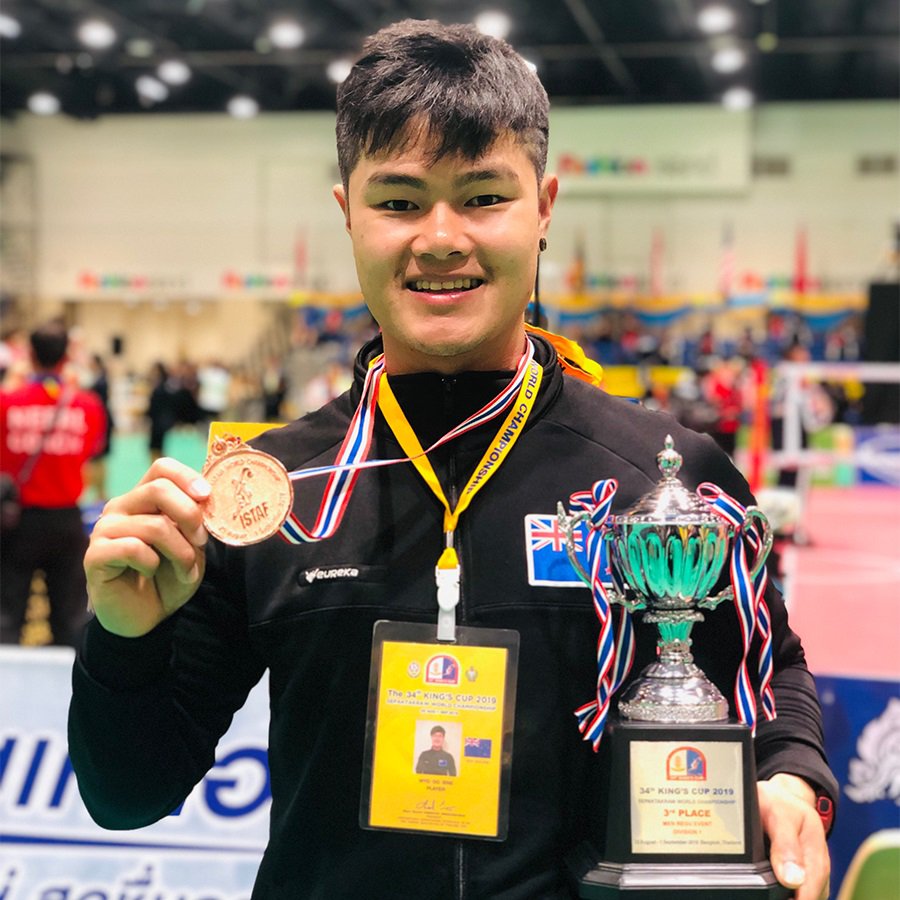 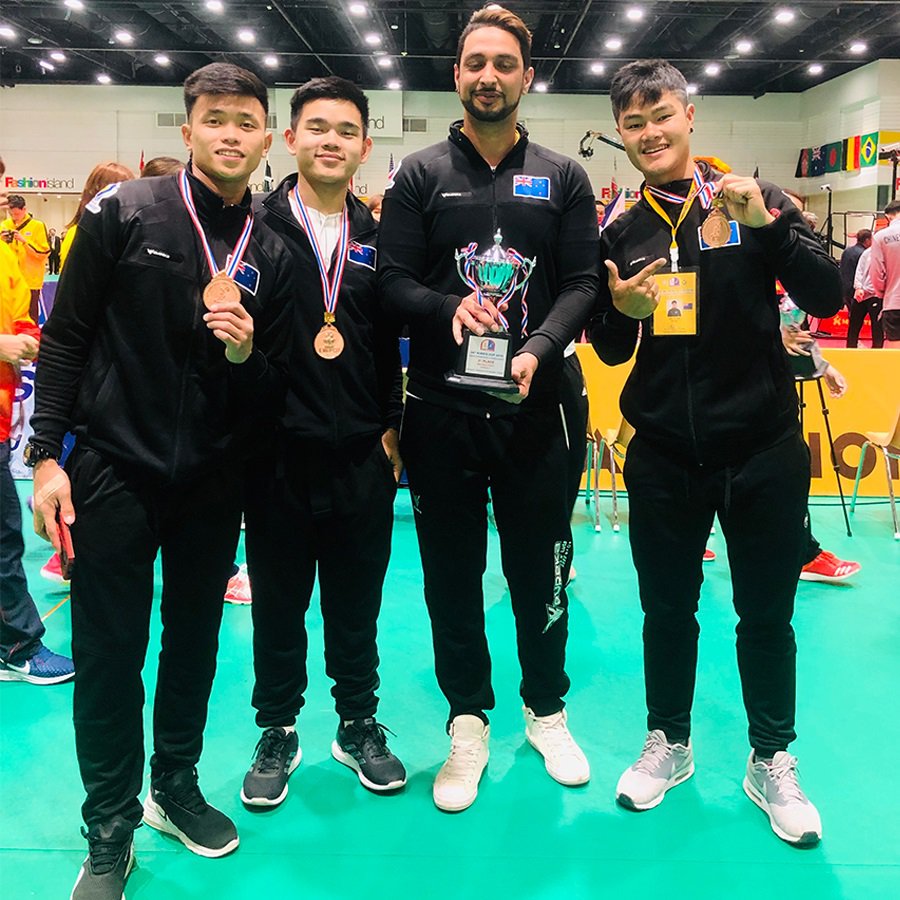